Highlights from A Legacy of Committment to Youth 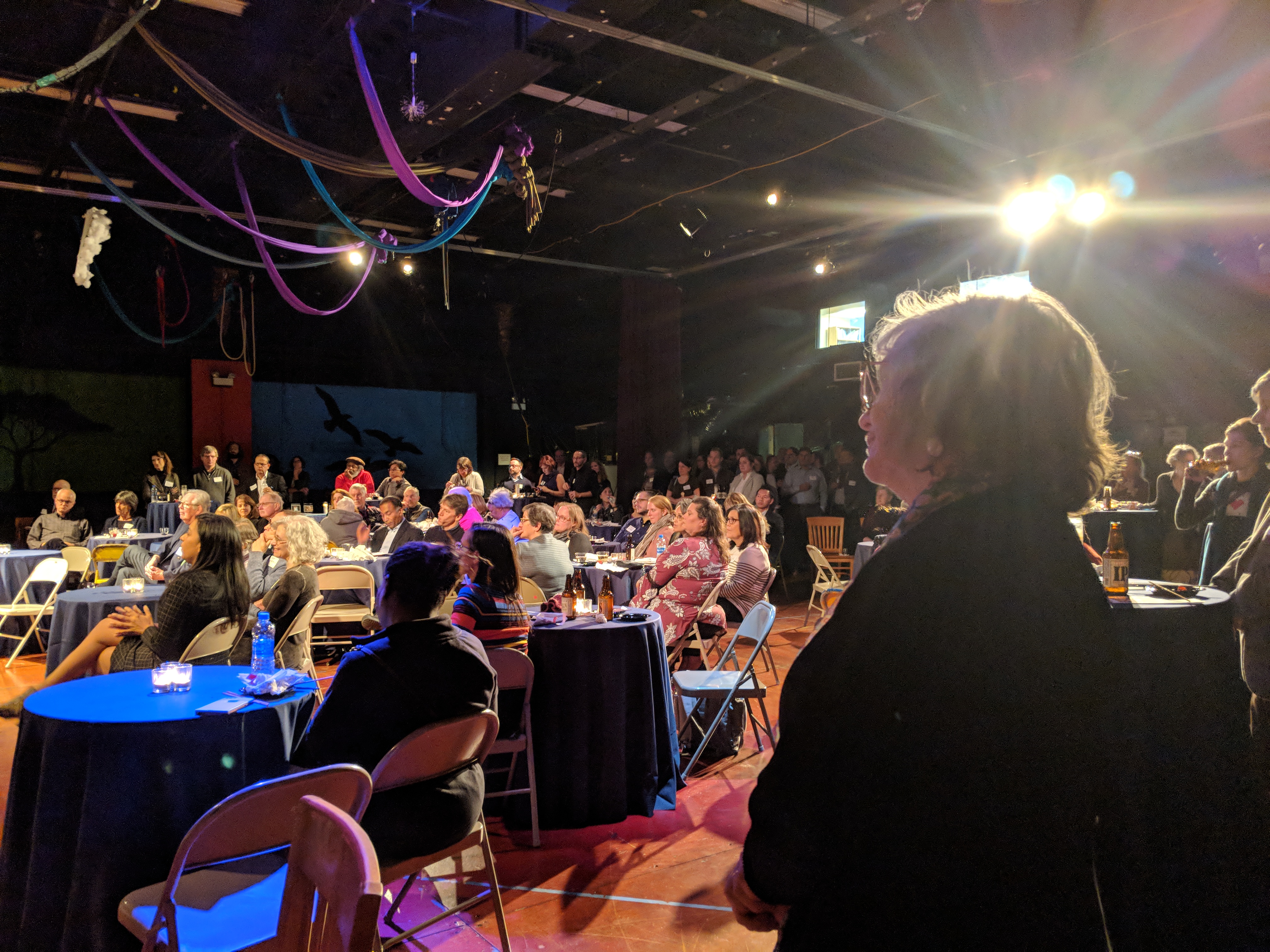 Thank you to Judy Gall

Judy Gall: of Commitment to Youth

On December 6, 2018, Alternatives welcomed over 150 guests into our Youth Center to celebrate and reminisce on the incredible legacy created by Judy Gall during her 38 years as Executive Director. We heard from old friends, former staff, and partners about the unyielding commitment to youth services exemplified by Judy’s work every day, and wished her well in her retirement.

The retirement gift that Judy asked for was to establish a reserve fund in her honor, the Judy Gall Legacy Fund, by raising $100,000 before the end of the year. Leading into the event, the campaign had already raised $62,000 in gifts and commitments, and during the event, supporters came together to additional $22,000 toward that goal, bringing our total to $84,000!

There were multiple speakers during the event and here are just a few of the wonderful things that they said about her.

“I’ve worked with many, many leaders in my years as a community activist and as an elected official, and few of them are as effective, as passionate, and as inclusive as Judy Gall. Through Judy’s long career and work, and this is kind of the core thing — she’s helped so many young people. When you think about when you think about Chicago, when you think about all the lives she’s touched. That’s an amazing gift to everyone, and it’s a gift that keeps on giving because those young people that she’s will go on and do great things.” Ald. Harry Osterman

“We all know why we are here tonight and that is to honor Judy Gall. Who is a person who made this Who has had a vision, who looked at the needs of our Who looked at our young people and saw so much potential and so much opportunity for them if they just had supports and if they just had some additional help along the way.” State Rep. Greg Harris

“I hardly learned anything from Judy, except one thing, that I’ve learned over and over and over again. And, I want to get his right because I want to be a good student, not that young people are our future, not that young people have so much ahead of them. But that right now, young people matter and if we would just shut up and listen to them and give them the resources, they could create a world worth living in.” Randall Doubet-King, Board President, Alternatives, Inc.